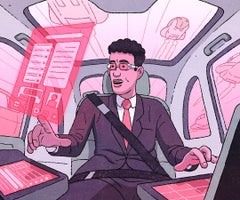 Technology is set to transform the office from a physical workspace into a digital one.
Office buildings, cubicles, meeting rooms-even water-cooler gossip-are being reshaped by virtual and augmented reality, artificial intelligence, machine learning and other emerging software capabilities.

Over the next decade, these tools will turn offices into digitally dominated environments, where people slip on VR goggles and work at virtual desks instead of real ones, delegate complex tasks to software assistants and chat with colleagues around the globe in holographic spaces.

Cisco Systems Inc. Executive Vice President Amy Chang says work is becoming less about where you go and more about what software enables you to do, from wherever you are.

“Collaboration that once exclusively took place across the conference-room table will increasingly take place across time zones, across geographies and across language boundaries,” Ms. Chang says.

We asked commercial-real-estate managers, software makers and workplace-technology analysts to predict how all of these new developments will reshape their industries over the next decade. Here’s what they had to say.

Working on the Go
For some workers, the commute of the future will mark the start of the workday, not just the process of getting there, says Vinod Kumar, chief executive officer of Vodafone Group VOD -0.93% PLC’s business-services division. He says the outgrowth of 5G wireless networks and connected machines, appliances and other devices will redefine how road networks and vehicles interact. Connectivity will enable self-driving cars to take over driving tasks, but that is just the start.

Mobile-office setups will let people do far more than just check a few emails or voice mails while a robot driver takes the wheel, he says. Instead, virtual on-the-go workstations will provide all the digital amenities of the workplace, from AI-powered assistants that prep whiteboard presentations to virtual-reality headsets that put you at the table of a morning meeting with co-workers around the world.

Making the commute even more pleasant is that there may be fewer people making a commute in the first place as remote work gets easier.
And that means fewer traffic jams for workers in less remote-friendly industries, such as medical care or manufacturing, says Darren Murph, head of remote working at software developer GitLab Inc.

Rather than rows of desks arranged by business divisions, he says, offices will have more modular layouts that can be changed based on sensor data showing how staff across different divisions are interacting as they work together on specific projects.

“Stately corporate offices of the past are already disappearing in favor of smaller, ultraconnected huddle rooms and other flexible spaces,” says Michael Helmbrecht, chief operating officer of videoconferencing-equipment maker Lifesize.

While some of these features have already begun reshaping office-floor designs, 5G connectivity, improved videoconferencing and virtual-reality hardware, and smart collaboration tools are expected to spark a full-scale transformation within the next decade.

Goodbye, Desk
Cubicles with desktop computers will give way to augmented-reality headsets, says Arun Sundararajan, professor of technology, operations and statistics at New York University’s Stern School of Business. You won’t need a physical desk; park yourself anywhere at home or in a huddle room and have a simulated office before your eyes-one that goes wherever you go and links you with co-workers around the world.

“Google Glass was too early when it came out, but it was a harbinger of the future of interfaces,” Mr. Sundararajan says.
Forget conventional typing: These headsets will give you virtual computers to work on, with screens and keyboards that float in space before your eyes, Mr. Sundararajan says. You’ll also be able to give detailed verbal commands.
Chris Bedi, CIO of cloud software company ServiceNow, “We’ll see voice commands replace any task typically handled by typing. This shift has already begun in our personal lives and will have a profound impact on the enterprise.”

Your Robot Assistant
All workers at all levels will be using robotic helpers in the future, says Don Schuerman, chief technology officer at Pegasystems Inc. a Cambridge, Mass., cloud-computing-software developer.

“I don’t mean everyone gets a C-3PO,” Mr. Schuerman says. Instead, these software-based bots, resembling Siri or Alexa, will be enabled by artificial intelligence and voice-activated commands to sort through incoming email, schedule meetings and other appointments, manage expenses, create spreadsheets and charts, and do other day-to-day tasks.

Vijay Khanna, chief corporate-development officer at robotic-process-automation firm UiPath Inc., says employees at every level of the corporate structure will be able to delegate mundane tasks to a software robot that can be easily fine-tuned by each worker to help with specific jobs.

Suppose, he says, you get a spreadsheet every Monday with data on all the new employees starting that week-such as emergency contacts and direct-deposit information-and you need to pick out pieces of information to send to various departments so the employee is set up for work. A software assistant could open the document and “cycle through each row in the spreadsheet, open each application where the data needs to be entered, navigate to the correct place to input the data, copy the data from the Excel spreadsheet to the appropriate place, save the new record and close the applications,” he says.

ServiceNow’s Mr. Bedi says that robot assistants will manage your work flow as your priorities change during the day. After strategy meetings, the assistants might scour your meeting notes or emails to see what tasks need to be put at the top of the list.

“These assistants will surface the most relevant work in real time, adapt to events throughout the day based on priorities tied to digital signals,” he says.
Larry Gadea, chief executive officer at digital-registration maker Envoy, says, “At the core of it, the office of the future will fundamentally work for you. It will learn to anticipate what you want and do it for you. It will be proactive and remove the daily pains and inconveniences we currently go through every day,” such as prioritizing emails and filing expenses.

Smarter Brainstorming
Most meetings will take place between different groups of workers in modular huddle rooms and in multiple locations-including many at their own kitchen table. They will be enabled by smart collaboration software and crystal-clear videoconferencing, allowing co-workers to seamlessly share ideas and brainstorm with colleagues across time zones and language barriers, says Cisco’s Ms. Chang. AI and machine-learning applications will take notes and generate transcripts, scan people’s speech to find action items and automatically update records in workers’ calendars or spreadsheets, she says.
Many of these tools aren’t new, but are improving fast, says Kirsten Wolberg, chief technology and operations officer at electronic-signature company DocuSign Inc. “In the past, the reliability and usability of these kinds of platforms just wasn’t there-it is there now and getting better every year,” Ms. Wolberg says.

Newer capabilities include interactive digital whiteboards, which automatically upload relevant information and data into a meeting platform where it can be incorporated into notes and distributed among attendees, says Stephen Franchetti, head of business technology and IT at Slack Technologies Inc. “We see a big focus on making people feel like they are all in the same room, so automation that helps collaboration is an area ripe for progress,” he says.

The Virtual Water Cooler
What happens to human interaction in an office staffed by remote workers? Jason Kingdon, executive chairman at Blue Prism, says co-workers connected only by collaboration tools will be all the more eager to cross paths and catch up in person whenever possible. In the meantime, he says, informal get-togethers will take place via virtual- and augmented-reality headsets, where workers hang out together in digitally imagined spaces. Imagine a holodeck-like space where workers might encounter each other as holograms or avatars.

Mr. Helmbrecht of Lifesize says these virtual break rooms could feasibly become an always-on gathering spot, allowing distributed team members to drop in and catch up between scheduled meetings or other projects whenever they like, running into anyone else who happens to be there, too.

“This would be an evolution building on how companies already create channels, on Slack or Microsoft Teams, dedicated to casual topics like discussing weekend plans, sharing puppy or baby pictures, or bantering about the World Series, World Cup or the Super Bowl,” Mr. Helmbrecht says. 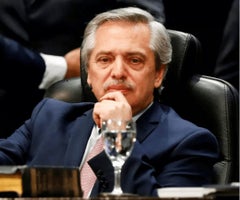 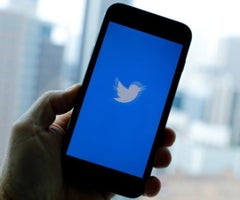 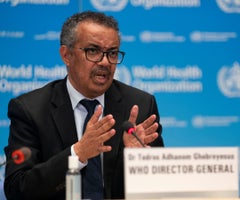 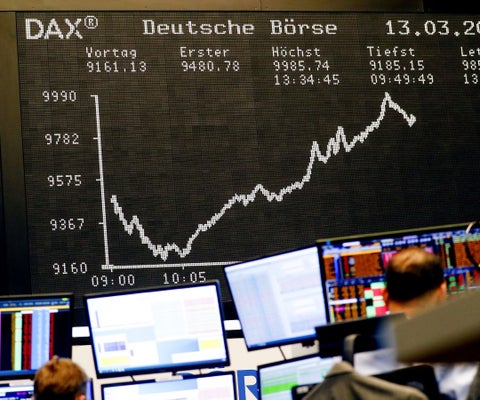 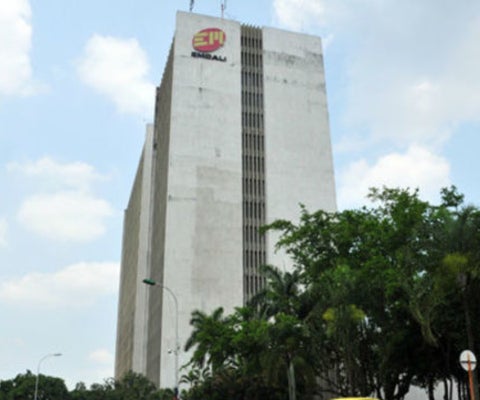 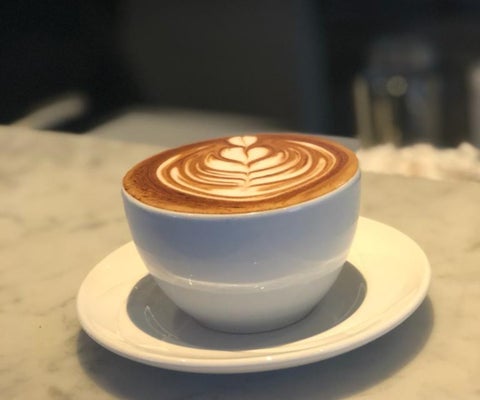 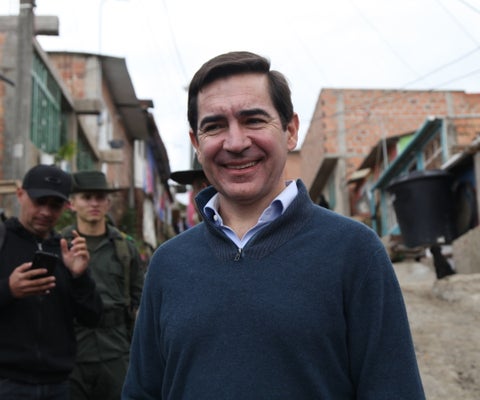 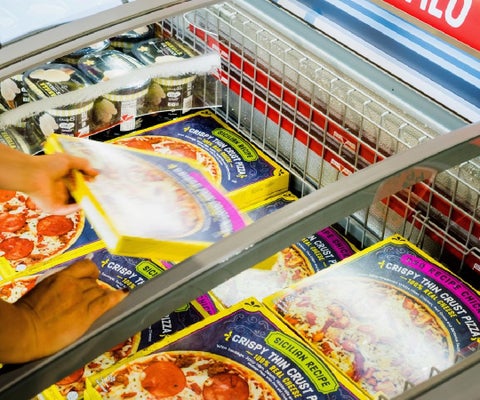