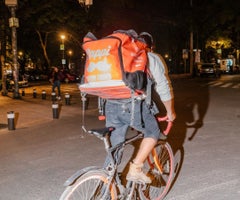 Money from the Japanese tech investor is fueling a price war in Latin America between three of its own: Uber, Didi and Rappi

For two years, the legendary late-night snack spot El Moro relied on Uber Eats to deliver its churros and hot cocoa to takeout customers across the capital. Then, in late 2018, it dumped the Uber Technologies Inc. app for an exclusive deal with rival delivery startup Rappi Inc.

“Rappi pursued us really aggressively,” said Santiago Iriarte, El Moro’s chief executive. The Colombian company offered to make deliveries for 10% of the price of an order, compared with Uber’s 30%.

Uber is under siege in Latin America amid a bruising price war where its ostensible rivals are Rappi and China’s Didi Chuxing Technology Co. But here’s the twist. All the combatants have as their biggest owner the same tech investor, Japan’s SoftBank Group Corp., which has injected a total of $20 billion into the three.

Startup investors typically don’t back competing companies. SoftBank, which runs the world’s largest venture-capital fund, has poured so much money into popular tech categories that it created a sort of circular firing squad in which SoftBank-backed companies use SoftBank cash to attack one another.

Former managers of all three delivery companies say they were frequently baffled by the amount of money the companies were willing to spend to compete. Uber, the only one of the three to disclose financial results, lost $8.3 billion in the 12 months through September.

The SoftBank-funded fight is “just bad business,” said Chris Sacca, founder of Lowercase Capital, an early investor in Uber. “When an investor infuses multiple direct competitors with money to spend in a race to the bottom, it’s just a waste.”

SoftBank’s Latin America spending shows how messy it can be when a torrent of investment money overwhelms a modest startup market. In recent years, SoftBank has deluged the tech industry with spending from its flagship $100 billion Vision Fund, the largest tech investment fund ever. Now, as it tries to lock down funding for a second Vision Fund, it has instructed its companies to focus on becoming profitable, reversing prior guidance to prioritize growth.

Softbank’s intention was to fund promising startups, not to trigger a three-way war between portfolio companies, according to people familiar with its strategy. Nevertheless, SoftBank executives believe emerging markets such as Latin America and Southeast Asia have enough untapped growth potential that they can support multiple winners, and their bets will end up looking smart in the long run.

Soon after SoftBank CEO Masayoshi Son launched the Vision Fund in 2017, the company began investing enormous sums, including in office-leasing startup WeWork, which turned into an investment flop.

Mr. Son picked ride hailing and food delivery as two important areas. The Vision Fund invested $7.7 billion in Uber in early 2018, and is now the company’s largest shareholder. Through its various funds, SoftBank also has committed $1 billion to Rappi and nearly $12 billion to Didi.

After San Francisco-based Uber started operating in Latin America in 2013, it quickly overtook local competitors to become the region’s dominant player, enabling it to charge high fares and take hefty commissions. At its peak, Uber operated in 14 Latin American countries and controlled nearly the entire ride-hailing market in big cities such as Mexico City.

In late 2017, SoftBank led a more than $4 billion investment into Didi, a Beijing-based ride-hailing company. Didi, the dominant ride-hailing player in China by far, had long harbored ambitions to expand beyond its home base, company executives have said.

Shortly after SoftBank invested, Didi bought a majority stake in the struggling Brazilian ride-hailing service 99, Uber’s main competitor in that country, for a reported $900 million. Didi began ramping up spending in Brazil, sending teams from Beijing to São Paulo to oversee an offensive against Uber in that country, former Didi employees said.

Then it expanded into Mexico, first into the smaller cities of Toluca, Guadalajara and Monterrey, then into the capital.

With the Mexican market now in play, both Didi and Uber began spending money on the fight.

To gain share, Didi inundated consumers with free and heavily discounted rides, and offered double or triple the normal pay for drivers who signed up. Uber was slow to react, reluctant to match the discounts over its entire customer base, given its size, current and former employees said. So it responded with targeted discounts, trying to identify riders most likely to switch over to Didi.

Uber executives were shocked at how quickly Didi gained market share, former employees said. Head of rides Andrew Macdonald and other executives moved to stem the market-share losses. Uber eventually agreed to increase incentives for drivers and lower some prices.

Uber executives were mystified by SoftBank’s decision to fund a rival, the former employees said, especially because that was hurting Uber’s attempts to reduce losses in preparation for its initial public offering.

César Manuel Barroso, 25 years old, drove for Uber in Mexico City for 2½ years before switching to Didi last year after a friend recruited him. He and his friend are splitting the 9,000-peso (about $475) signing bonus, and lower commissions to Didi and other incentives have raised his weekly income about 10%, to roughly $260.

Didi charges drivers a commission of less than 15% of the cost of the ride, Mr. Barroso said. That is well below the global average “take rate” of around 23% reported in Uber’s public filings. Mr. Barroso also tries to earn Didi’s driver bonuses, such as an incentive of nearly $100 for completing 25 rides over six consecutive days in Mexico City’s busy central zone.

Didi has blanketed the city in orange billboards that tout it as “the world’s biggest mobility app,” and it bombards consumers with text messages offering daily deals. It believes it has a market share of about 30% in both Mexico and Brazil, according to a person familiar with the company’s internal data.

Much like their counterparts at Uber, this person said, executives at Didi say the Latin American market is ripe for growth and big enough for several large companies, and that they are in it for the long haul.

Uber Eats already was engaged in a bruising battle with Rappi, an on-demand delivery company based in Colombia that launched in Mexico City in 2016. Bicycle couriers with boxy, peach-colored backpacks bearing Rappi’s name over a swooping mustache logo have become ubiquitous in the city.

In April 2019, SoftBank committed $1 billion to Rappi, the largest-ever single venture-capital investment in a Latin American company. The investment “emboldened” Rappi to compete with Uber Eats by picking off more of its rival’s most popular restaurants, as it did with El Moro, and making them exclusive Rappi offerings, said a senior Rappi executive.

Among the Mexico City eateries to shift to Rappi are popular taqueria El Califa, sushi restaurants Koku and Tori Tori, and global names including Le Pain Quotidien and Dairy Queen.

Rappi has seen sales growth in Mexico of 20% a month for the past two years, and has nearly pulled even with Uber Eats in terms of market share in the Mexico City, according to the Rappi executive. Downloads of Rappi’s app in Mexico surged 141% in 2019 to an estimated 5.9 million, according to analytics firm Apptopia. Downloads of Uber Eats were up 45% to 6.2 million.

Rappi, which also counts venture-capital firm Andreessen Horowitz as a backer, has modeled its expansion on Asian “super apps” such as Grab and Go-Jek, which offer a range of services from payments to scooter rentals to grocery delivery.

While Mr. Son has said that Vision Fund’s strategy is to create a “cluster of No. 1” companies in various markets, SoftBank executives believe each market can have multiple winners, according to a person familiar with its strategy. “Border skirmishes” sometimes occur, this person said, because SoftBank’s model offers founders free rein to operate as they see fit. That sometimes leads startups to offer incentives that cut into profits.

Before agreeing to contribute capital to Softbank’s Vision Fund in 2017, Saudi Arabia’s sovereign-wealth fund, which already had a big stake in Uber, made SoftBank promise to keep other ride-hailing investments out of the Vision Fund.

Until SoftBank finally overcame those objections last year, it kept its big stakes in Didi, Singapore-based ride, delivery and payments company Grab and Delhi-based ride-hailing company Ola either on its own books or in a sister fund. In food delivery, SoftBank portfolio companies Uber Eats and DoorDash are rivals in the U.S. In ride-hailing, Uber is competing with Ola in its home market of India as well as in the U.K. and Australia.

In Mexico, all three food-delivery companies continue to spend money to recruit drivers, lock in popular restaurants and roll out new products, including driver and supplier financing, payments apps and retail-delivery services.

Didi Food has showered Mexican consumers with discounts-first a free meal, then a half-off meal-while also shouldering some of the costs of coupons offered by the restaurants themselves, said one former manager. Drivers got bonuses to join.

Rappi, for its part, identified popular chains in several Mexican cities that didn’t deliver to neighborhoods where its data indicated there was high demand, according to Ulises Zarate, a Rappi sales manager until November in the central Mexican city of San Luís Potosí.

Then it would build prep kitchens, which cost as much as $12,500 a month to operate, where restaurants could prepare food exclusively for customers who ordered through the app-all of it financed by Rappi.

Some restaurant owners were nervous that by switching from Uber Eats to Rappi, they would lose their customer base, and that the prep kitchens and other customer incentives might not drive sales high enough to make up for lost sales, Mr. Zarate said.

Chief Executive Dara Khosrowshahi told investors in December he thinks revenue growth in Latin America will “accelerate to pretty darn healthy levels.” Uber’s shares are down nearly 20% since its May IPO.

In November, Didi announced a wave of new launches of its ride-hailing service in Costa Rica-where Uber set up in 2015-and eight new cities in Chile. Soon after, Didi said it would kick off food delivery in Brazil, the continent’s largest market, where Uber and Rappi have been competing for three years.

Rappi was “burning too much money to get people to download the app, to win customers, and it definitely raised a lot of eyebrows,” said Mr. Zarate, who now works for the Softbank-funded hotel startup Oyo Hotel & Homes. “But they were winning so much market share so quickly that it made sense.”

The SoftBank-backed battle for market share appears to be hurting Uber. In 2017, its revenue in Latin America grew by 215%, making it the company’s fastest-growing region by far. In the first nine months of 2019, revenue in the region fell by 11% from the year-earlier period, while Uber’s revenue from the rest of the world grew by 26%.

By Robbie Whelan and Eliot Brown 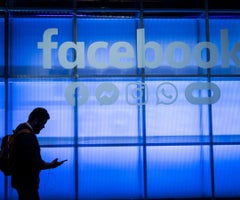 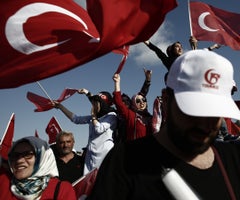 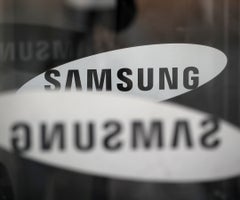 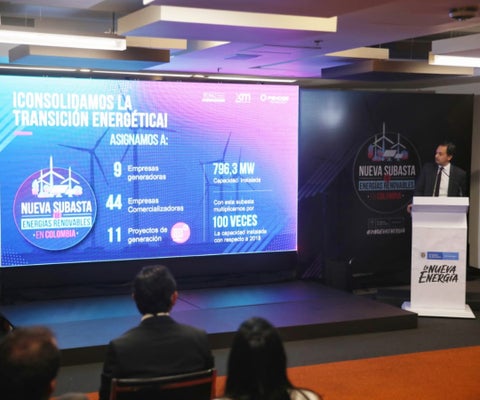 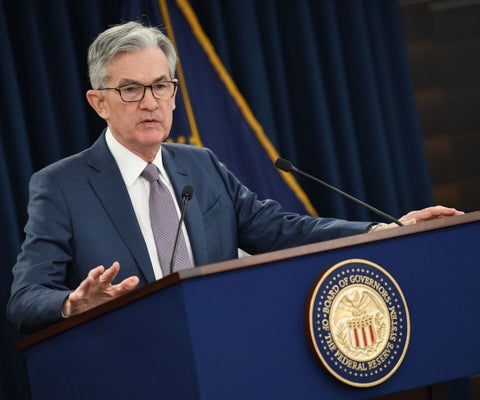 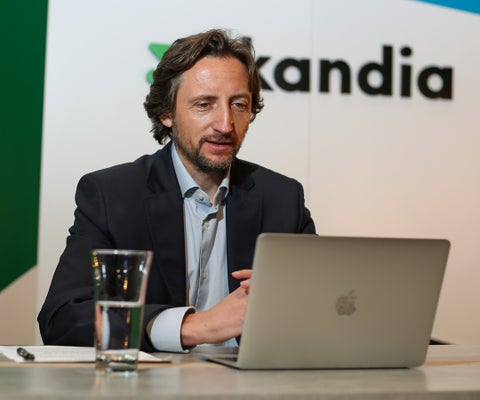 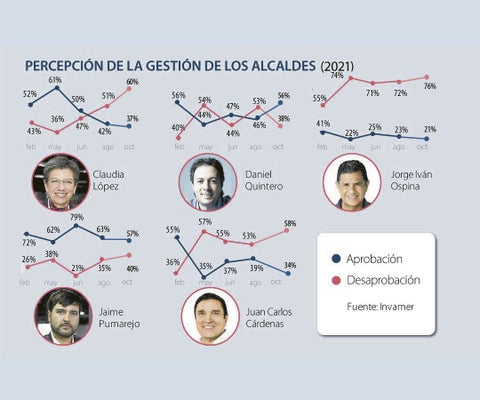 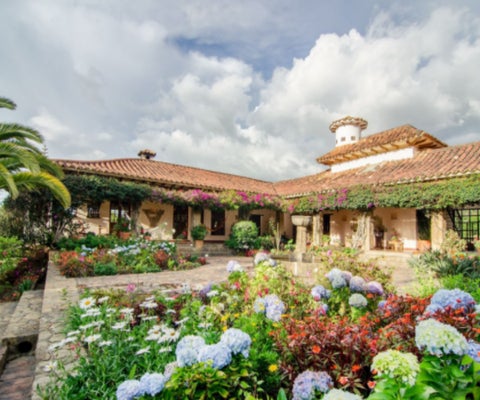 SoftBank Is Funding Every Side of a Bruising Startup Battle