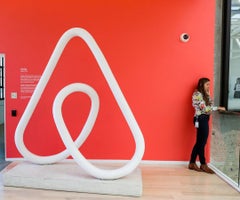 With travel nearly at a standstill, the home-sharing giant is facing increasing losses and doubts about its planned public listing

Everything was supposed to come together for Airbnb in 2020.
The hottest stock-market debut of the year. A valuation of more than $50 billion. Riches for hundreds of employees holding options expiring at year-end. And vindication for co-founder and Chief Executive Brian Chesky’s decision not to go public earlier.

The coronavirus pandemic has made all those scenarios next to impossible.
With global travel nearly at a standstill, the home-sharing giant is expected to lose $1 billion through the first half of the year, and its private-market valuation is dropping, according to people familiar with the company’s finances. On a videoconference with employees in late March, someone asked whether layoffs were coming. “Everything is on the table,” Mr. Chesky responded.

On Monday, the company said it was raising $1 billion from private-equity firms Silver Lake and Sixth Street Partners to bolster its financing. The funding comes at a steep price: $1 billion of debt with an interest rate of more than 10%, The Wall Street Journal reported Tuesday. Some investors declined to put in new money after Airbnb said it wouldn’t replace Mr. Chesky as chief executive, while others didn’t participate because they didn’t think the terms were favorable, according to people familiar with the terms of the deal. Silver Lake and Sixth Street Partners said they had faith in the business and existing leadership team.

Airbnb hasn’t addressed its plans for a public offering, but some of its investors don’t believe it will happen this year. “There’s no way,” said Matt Novak, a partner at London-based All Blue Capital.
Airbnb is now weighing plans to raise as much as $1 billion more in new financing, said the people familiar with the matter.

Meanwhile, confusion over cancellation policies at its seven million properties world-wide is fraying relationships with its guests and hosts. After guests complained about not being able to get full refunds for bookings in quarantined cities, Mr. Chesky approved a plan to refund guest stays booked through mid-May. That infuriated property owners who saw revenue evaporate.

The Journal sought comment from Airbnb on the details of this article and requested an interview with Mr. Chesky. Nick Papas, an Airbnb spokesman, characterized the Journal’s reporting as “wildly inaccurate and wrong,” without providing any specifics.

After a version of this article was first published, Airbnb said it disputed multiple aspects of it, including any suggestion that the board is divided or that investors have pushed for management or major operational changes. “Our Board and management have been united on our path forward,” Mr. Papas said in a statement.

Whether Airbnb can rebound fully from the coronavirus catastrophe-and how quickly-will depend in part on how consumers feel about traveling and staying in other people’s homes once the pandemic eases. Some analysts say Airbnb might benefit if more people decide to avoid more crowded hotels. Others say hotels might gain an advantage if people think they are cleaner.
Airbnb executives and investors express confidence the company will recover.

Mr. Chesky has cited Puerto Rico, where booking volumes bounced back swiftly after a hurricane devastated the island, to try to persuade bankers and employees of the resilience of his business model, said one person familiar with the recent capital-raising effort. The company said on Monday it will now focus more on long-term stays such as students needing housing or executives on work trips.

Airbnb told the Journal last month it has a capital cushion of about $4 billion. Nevertheless, its board and investors are increasingly concerned about what happens if the pandemic lasts months longer and the company’s revenues don’t bounce back in the second half of this year.

Airbnb could have gone public in 2018 at a value estimated by its bankers at between $50 billion and $70 billion, according to a presentation from bankers. Mr. Chesky and his two co-founders-Joe Gebbia and Nate Blecharczyk-ultimately opted against it, according to people who were there at the time, believing that Airbnb would perform better as a private company out of the spotlight.

In March, as the pandemic began gaining momentum in the U.S. and across Europe, Mr. Chesky told employees the company still plans to go public this year.

Valuation hit
Airbnb’s valuation, in the private secondary market for shares held by early investors, has dropped from $150 per share a few weeks ago to under $90 a share, valuing the company at less than $30 billion. “The plane’s losing altitude,” said Paul Maguire, managing partner of Iron Edge VC, which executes secondary trades. “Early investors are trying to see what kind of luggage they can throw out there to lighten their load.”

When the company was considering a 2018 IPO, its bankers projected it would be profitable by now. Instead, as costs climbed, Airbnb lost $674 million last year, according to company documents.

Mr. Chesky, a former art student and amateur bodybuilder, co-founded the company in 2008, eventually enlisting millions of property owners around the world to rent out their homes and apartments. Airbnb has become the largest home-sharing site in the U.S. and a major player internationally.

As it grew, the company spent big. Its total costs rose to $5.3 billion last year, from $2.6 billion in 2017, outstripping an 85% increase in revenue over the same period, from $2.6 billion to $4.8 billion, according to a copy of its financial statements.

Administrative costs increased 113% between 2017 and 2019 as the company hired thousands of employees and built out a corporate headquarters in the trendy San Francisco neighborhood known as SOMA, or “South of Market.” As Airbnb struggled to police crime on its platform, spending on safety also has increased, the Journal has reported.

By the beginning of this year, some Airbnb board members were pressuring Mr. Chesky to cut costs, according to people familiar with the discussions.
When the coronavirus hit China and then Europe, Airbnb’s bookings plummeted. In Beijing, little more than 1,600 bookings were made between March 1 and March 7, down 96% from the Jan. 5 to Jan. 11 period, according to AirDNA, an analytics firm that tracks the short-term rental market.

Internally, Mr. Chesky projected an air of calm. At the company’s monthly staff meeting on March 5, he reassured employees that everything would be all right, according to two employees.

Guests around the world canceled reservations as travel restrictions spread and the U.S. advised Americans to avoid all trips.

In College Station, Texas, Alexia Hernandez needed to cancel an Airbnb reservation she had made in mid-March for a four-day stay in Malaga, Spain, in May.

Her host refused to refund the full amount, offering to pay 50% because, he said, it would likely be safe to travel by the time of her trip, according to texts exchanged between them.

Ms. Hernandez said she couldn’t believe it. “It would not be safe for me to go to Spain,” she said. She said she tried canceling through an online portal set up by Airbnb, but her host still denied the request. Airbnb ultimately refunded her the full amount after she posted her frustrations on Twitter.

The company spokesman said after the company introduced a new cancellation policy, “we proactively reached out to this guest to ensure she received a refund.”

New policy
Mr. Chesky approved the rollout of the new policy: Airbnb would refund any stay booked on or before March 14, with a check-in date between March 14 and April 14. Airbnb later extended the check-in date to May 31. The move was a drastic overhaul of the company’s longtime practice of allowing hosts to set their own cancellation policies and stick to them, no matter what the circumstances.

He didn’t notify board members before making the change, according to people familiar with the situation. Some were miffed they weren’t consulted and felt the decision to pay cancellation fees was hasty, these people said.
Some board members, led by independent directors Kenneth Chenault, the former American Express chief executive, and former Disney executive Ann Mather, intensified their push to get Mr. Chesky to cut costs, according to people familiar with the board.

Among the cuts they were pushing was one project favored by Mr. Chesky, Airbnb Experiences, which allows guests to book outings, according to people familiar with the discussions. While the unit was supposed to be profitable by 2019, it has racked up losses totaling nearly $1 billion, these people said. In the announcement of its new funding Monday, Airbnb said it was sticking by the division. The company spokesman said the losses are a “small fraction” of nearly $1 billion.

Other cuts under consideration by Airbnb’s board include the company’s print magazine, Airbnb Magazine.

Airbnb’s board decided the company needed to raise more money and cut costs, according to people familiar with the board discussions. Bankers from Morgan Stanley were appointed to lead fundraising efforts.

Some investors said they would put up money only if Mr. Chesky reduced his voting control and either relinquished his CEO job or work alongside a turnaround executive, the people familiar with the deal negotiations said.

Airbnb is taking on the $1 billion of new debt announced Monday at a rate of interest often associated with distressed companies: a benchmark known as the London interbank offered rate, or Libor, plus 10%, the people familiar with the negotiations said. If Airbnb goes public, investors will have the option of being repaid in shares or cash, the people said.

The investors are getting warrants that can be converted into shares based on a valuation for Airbnb of $18 billion-sharply lower than the $31 billion valuation in the company’s last fundraising round in 2017, the people familiar with the negotiations said.

In Charleston, S.C., longtime Airbnb host Travis Lee Odell makes upward of $30,000 a year renting out a studio attached to his house. He was furious about the new cancellation policy because the company hadn’t consulted hosts. He said he tried calling Airbnb, but was told the wait time was about six hours.

On March 30, Airbnb said it would spend $250 million to help reimburse hosts and launched a $10 million fund to help them pay their mortgages. The company successfully lobbied Congress to include hosts in its stimulus package.

In a video streamed from his residence the same day, Mr. Chesky apologized. Over time, he said, the company had become distant from its hosts. He pledged to listen.

“We’ve heard your frustrations,” he said. “We are nothing without you hosts. You are our lifeblood.”

Mr. Odell said Airbnb should have pledged at least $200 million more. Airbnb said it would give its hosts 25% of what they would have received for a canceled booking between March 14 and May 31.

“It’s like putting a Band-Aid over a gaping compound fracture,” he said. Vrbo, a competing online rental platform that he sometimes lists on, didn’t change its cancellation policy, he pointed out, though in that case guests are furious the company isn’t reimbursing them.

The Monday deal included $5 million more for the mortgage relief fund.
In late March, Mr. Chesky told employees from around the world via streaming service AirTV that the company would cut marketing expenses to save up to $800 million, according to one person who was listening. Pay would be slashed in half for top executives.

Mr. Chesky, who late last year was said to be worth more than $3 billion, is among those planning to forgo a salary for the next six months.

By Grind, Eaglesham and tika Rana 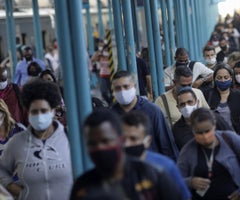 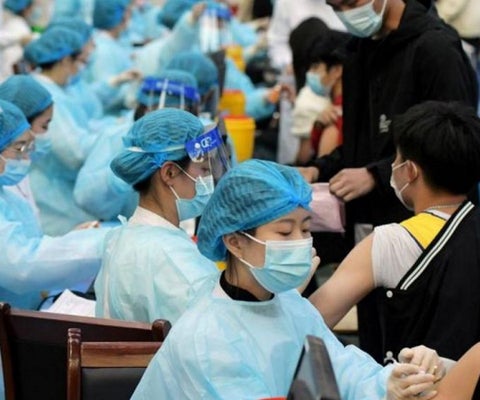 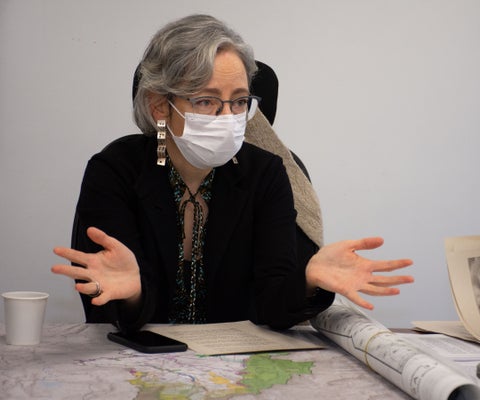 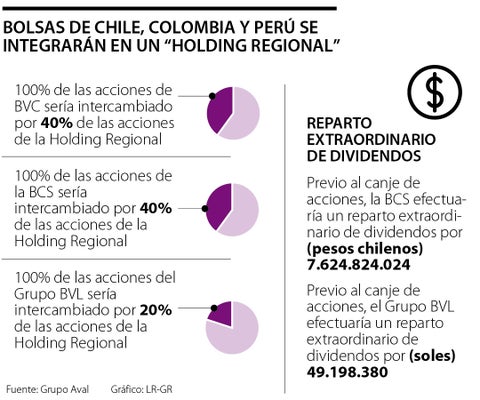 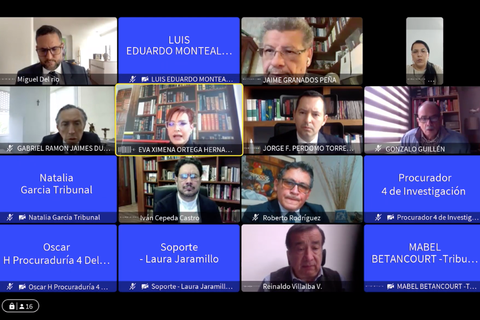 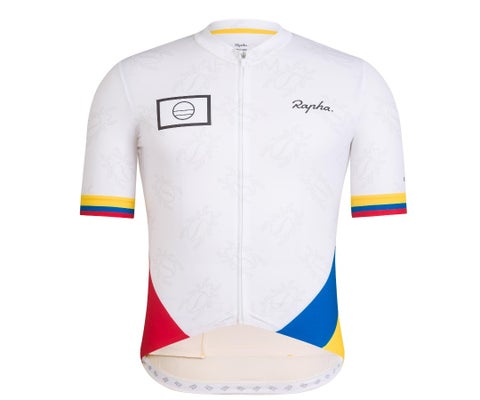